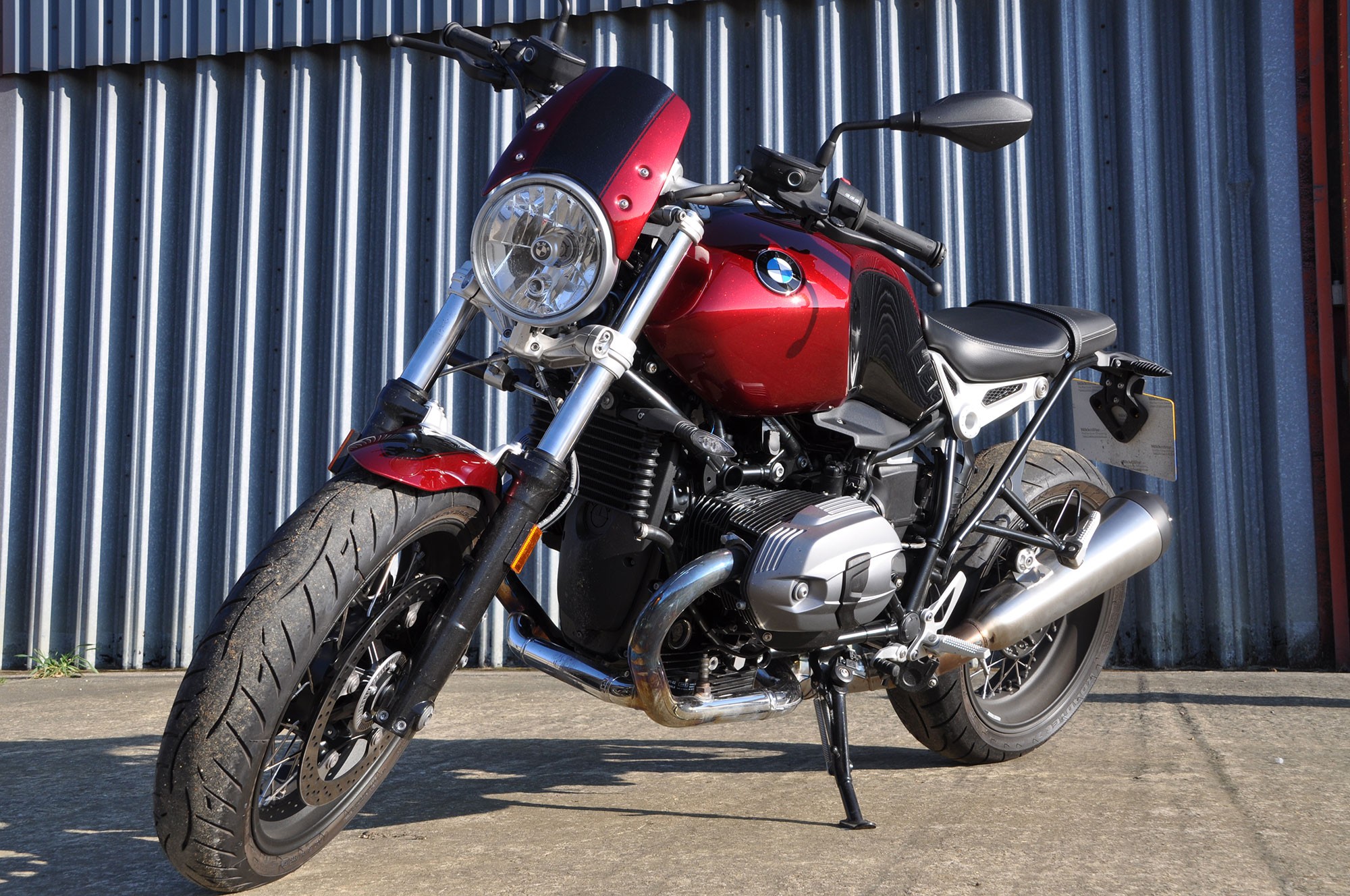 One of the great things about employing highly skilled staff and giving them access to use the facilities at Complete Fabrication in their own time is seeing what they get up to. The dedication our team have to perfecting the ultimate finish is seen both in work hours and in their own time. Here you can see Garry’s BMW bike almost straight out of the showroom and into our spray booth for a very personal paint job!

It has taken Garry nearly 50 hours to create this high sparkle work of art, a distinctive candy cherry red with black pinstripes and panelling. 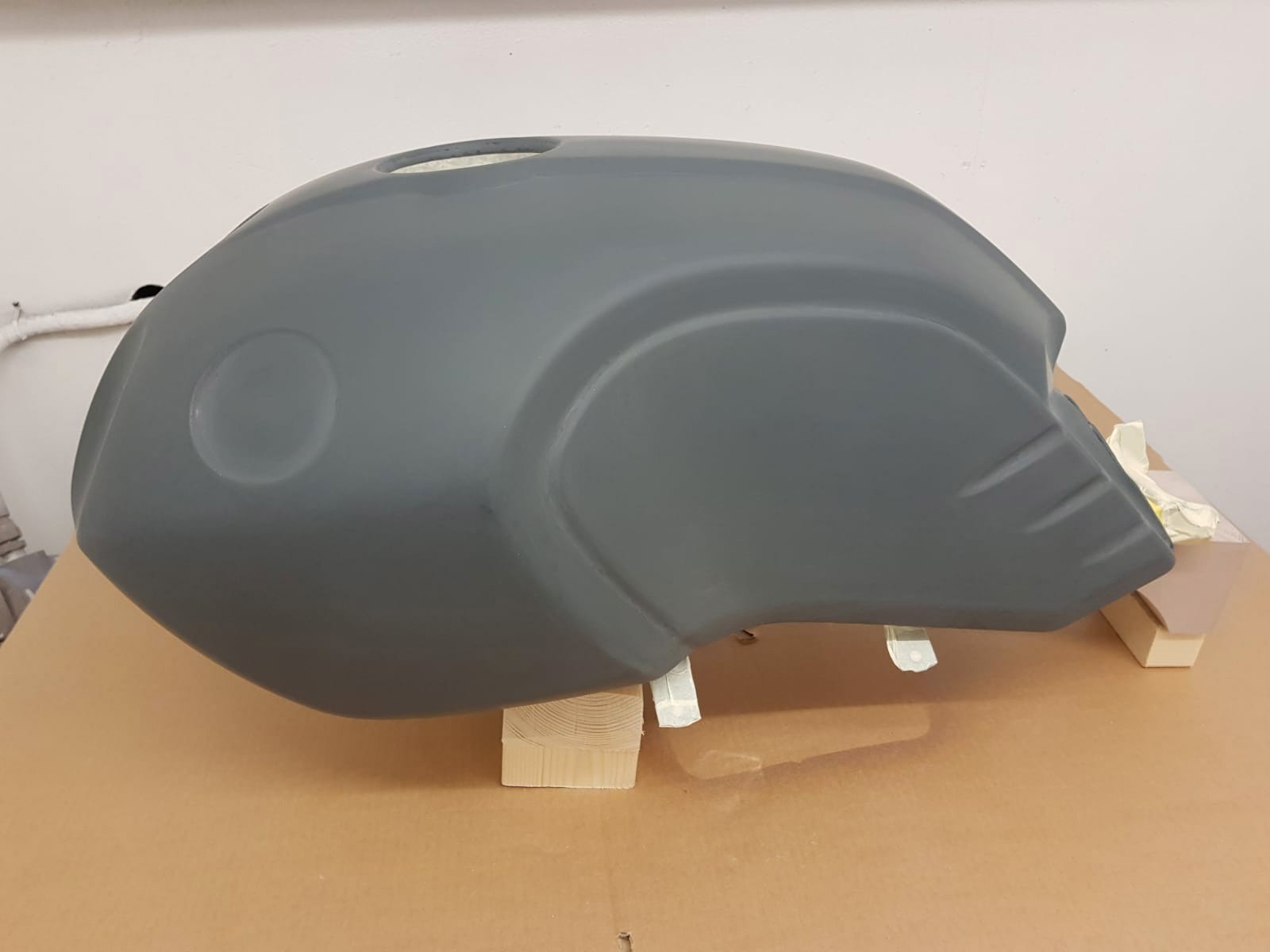 After removing the fuel tank, head light cowl and front mudguard from the BMW R NINET Pure, Garry started the process of his customisation by flatting on the existing paint down with 600 grit wet and dry. This preparation process ensured that the following paint layers had a good surface key as well as ensuring all of the visual forms and blends in the bike parts satisfied Garry’s critical eye. 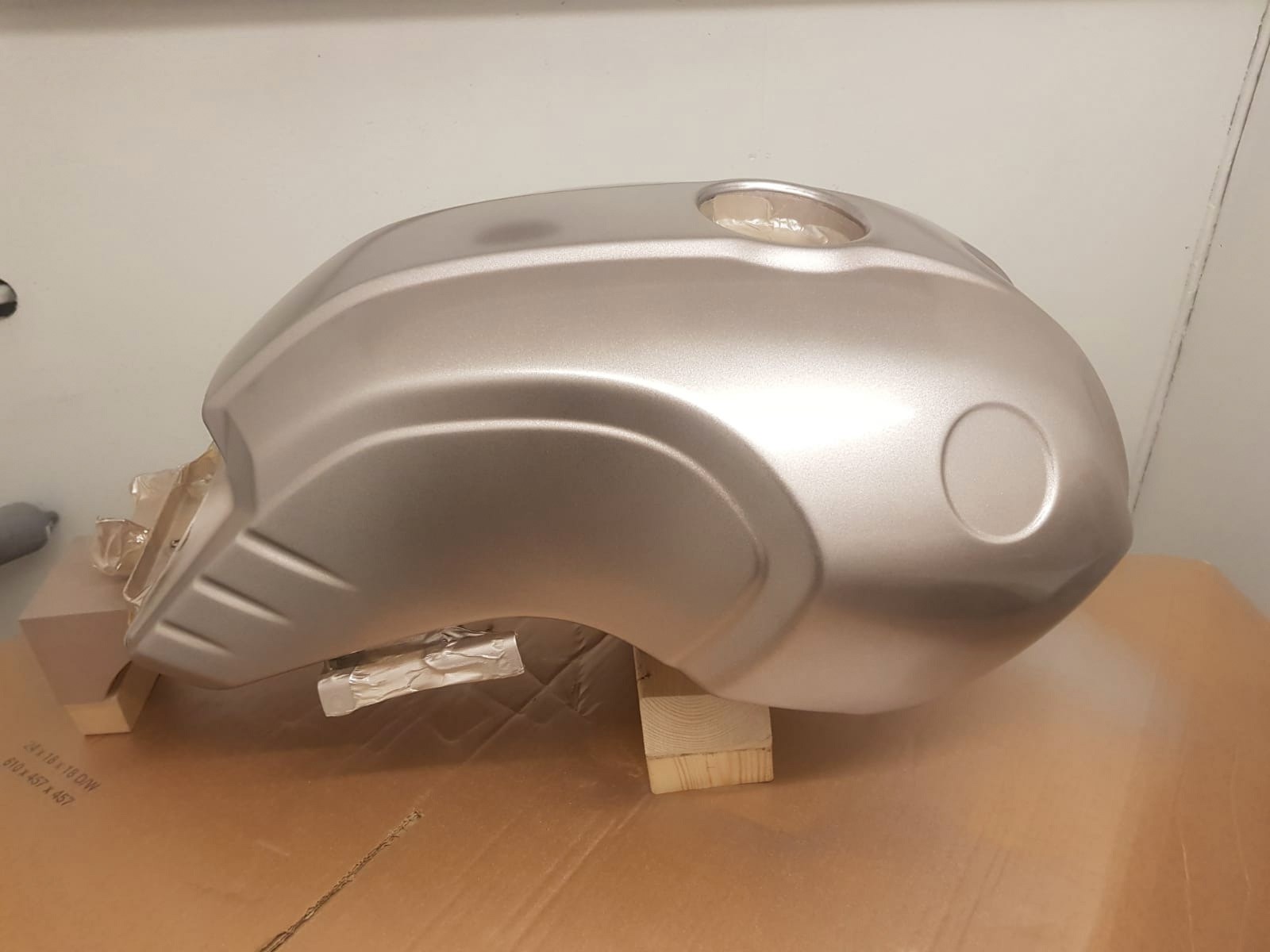 From the flatted surfaces the first of two metallic coats went down in preparation for the custom paints that were to follow. These two metallic coats gave further insurance all was good with the surface forms and paint adhesion was achieved ready for the fancy paints to follow! 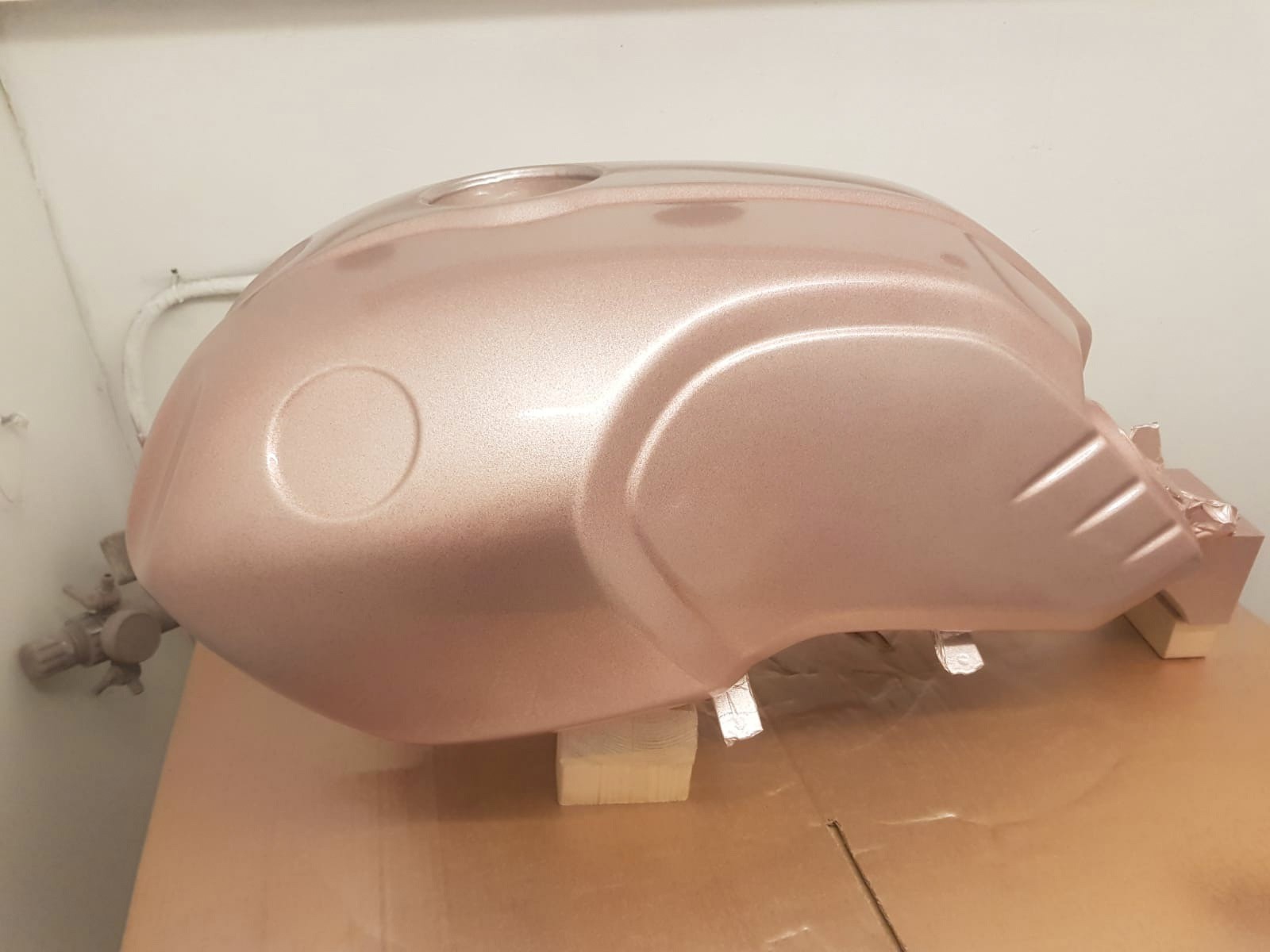 The shimmer coat was applied straight onto the silver in a single coat. Doing just what it said on the tin, it gave a glittery shimmer to the parts that even the hardest faced paint sprayer would struggle not to smile at. 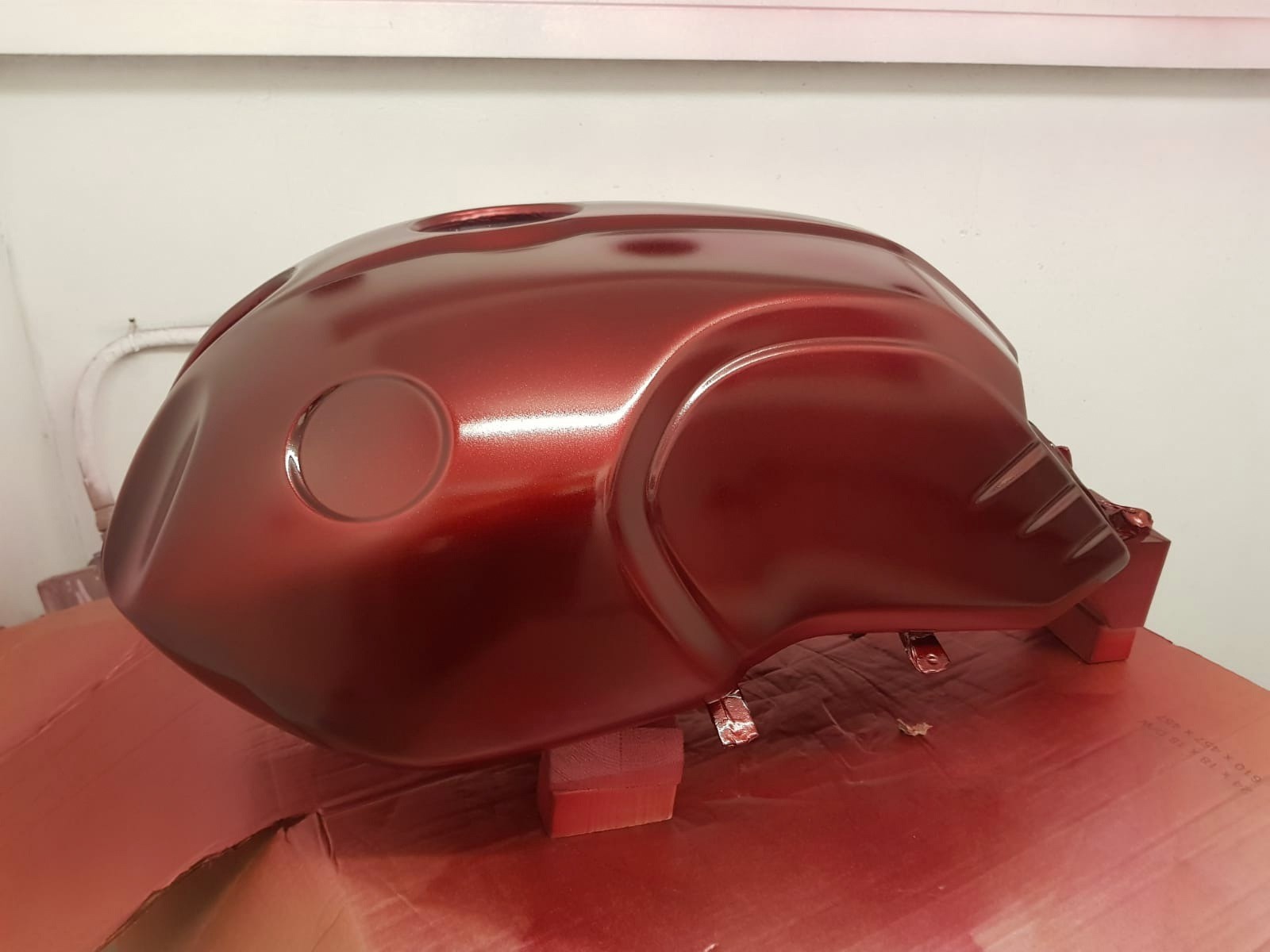 The shimmer was sealed with four coats of Candy Cherry Red lacquer, yes you're right, two may have been enough but this project was not about just enough, it was about perfection and a little excess. With this in mind the 1,500 grit wet and dry was opened and the flatting began again. Following this two coats of clear lacquer were applied and again flatted this time with 2,000 wet and dry! This bike was never to know what an orange peel paint finish could be. 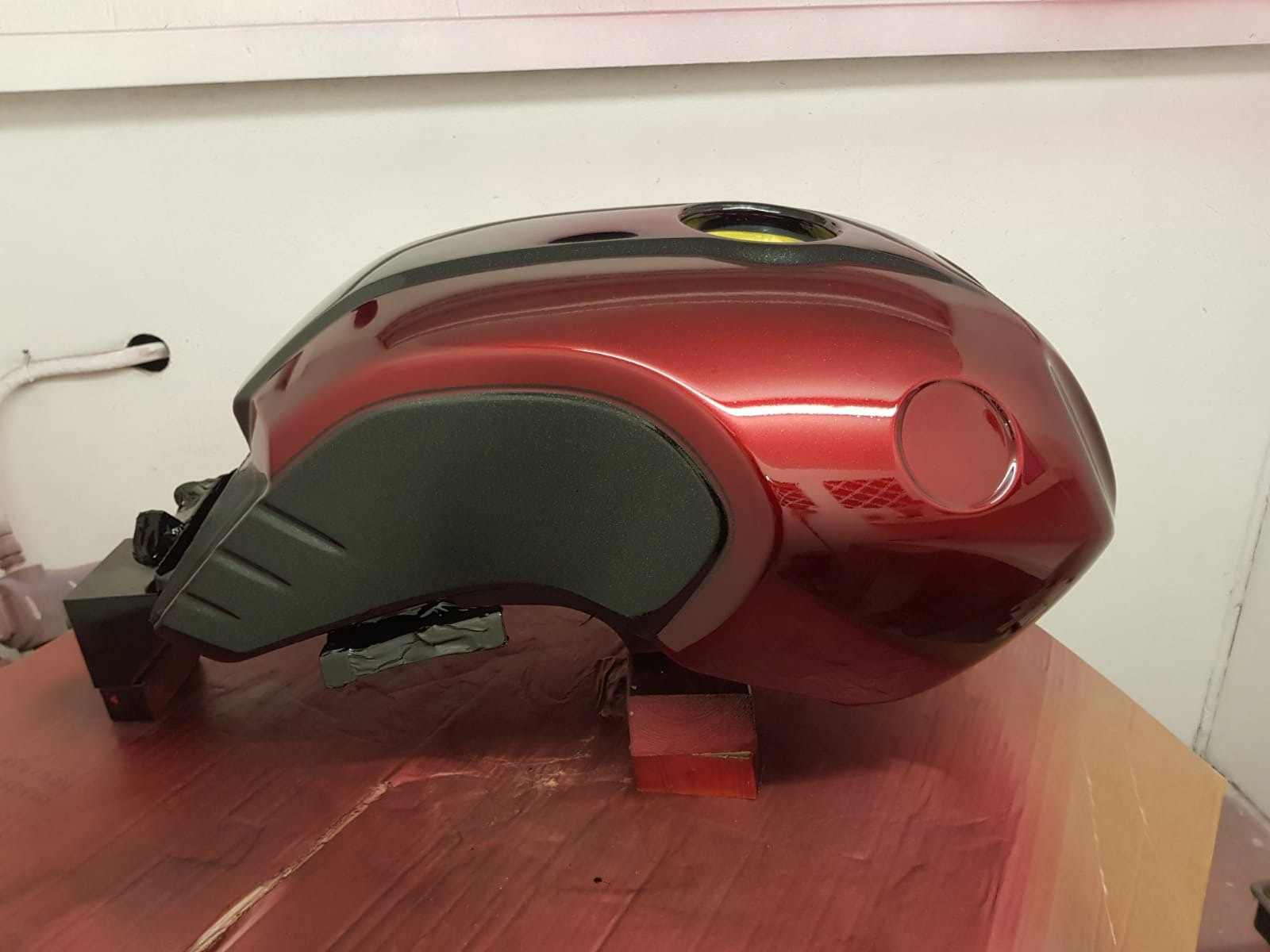 Now Garry got realy creative, adding the pinstripes and black panelling. The masking up was done the traditional way, with a reel of pinstripe tape, a few strategically measured points and a steady hand paired with a keen eye.

Following the masking, a mix of black paint and shimmer was mixed and applied. Once dry, the shimmer coat was exposed in the black with a careful flat with 2,000 wet and dry. Following this not two, three or even four coats of clear lacquer, but six this time and yet another 2,000 flat over before the machine and hand polishing with cutting compounds to a glass like, flawless finish. All that was left was to unmask and re-mount the parts ready for the first ride of this one-of-a-kind bike.

When Garry called by at the BMW motorbike garage “Reiten Motorrad” in Suffolk where the bike was originally, purchased they loved his work and yes he has already gained a commission, to paint the retro scrambler bike which they are currently building as a centre piece for their showroom. 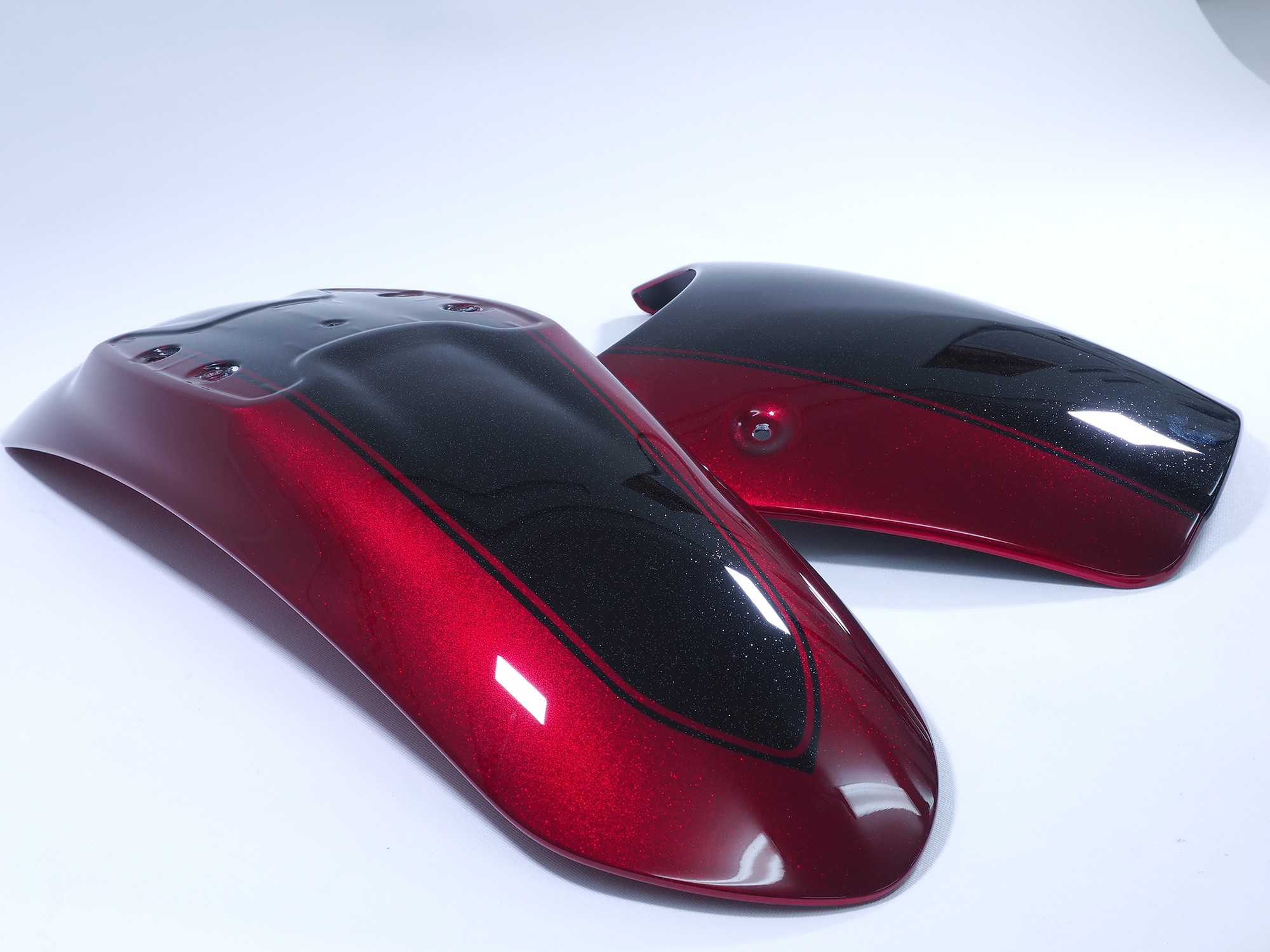 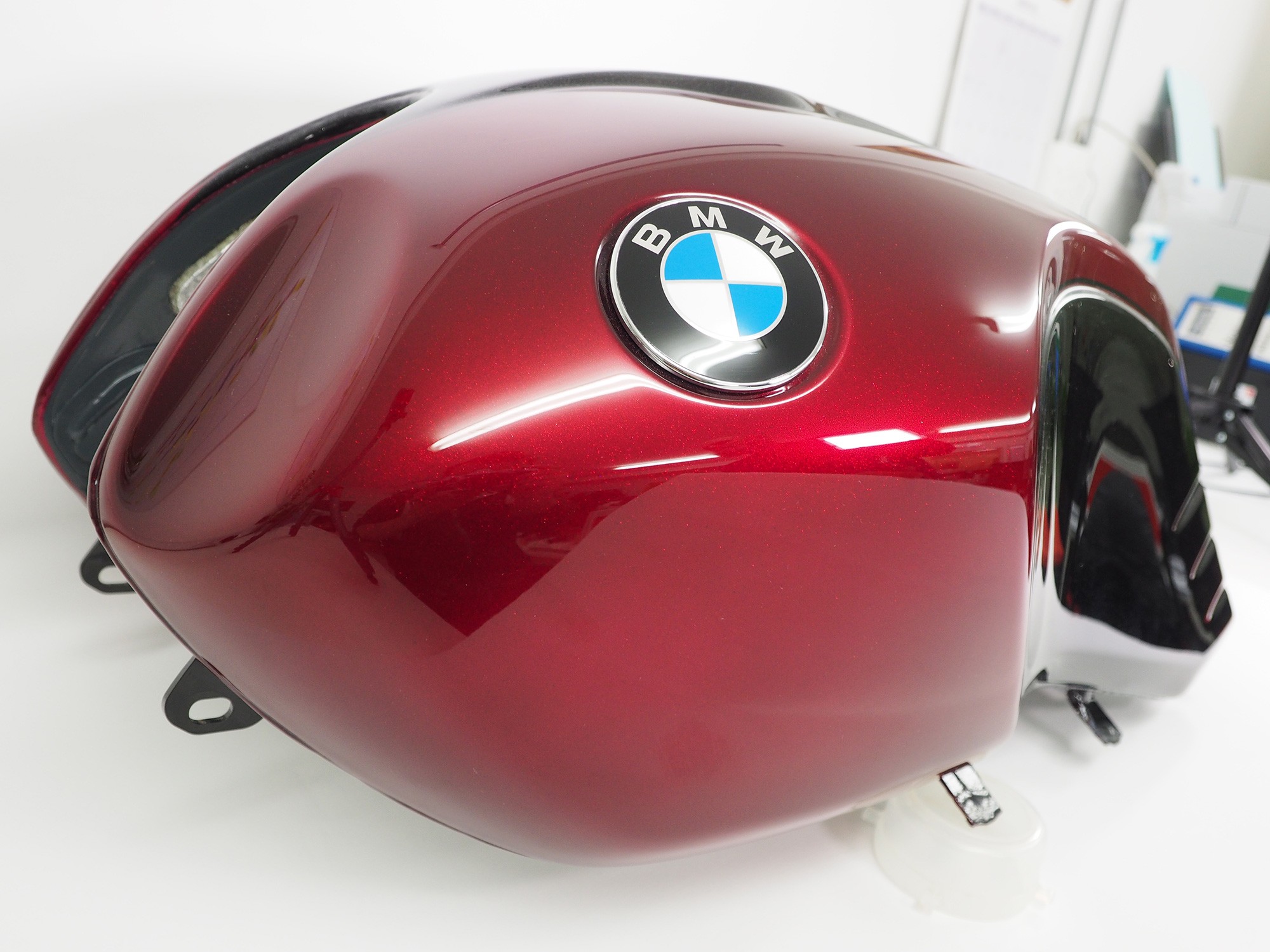 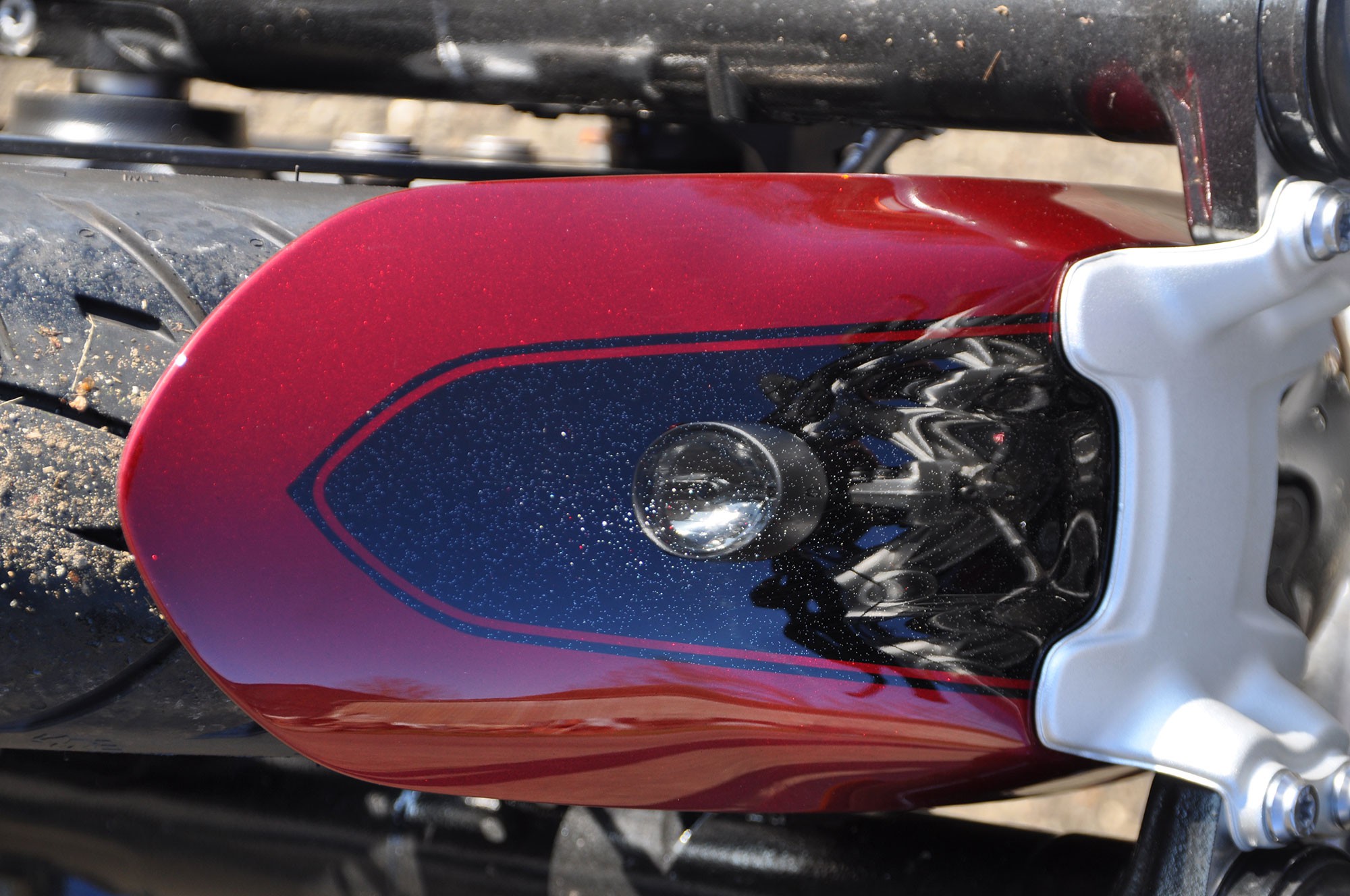 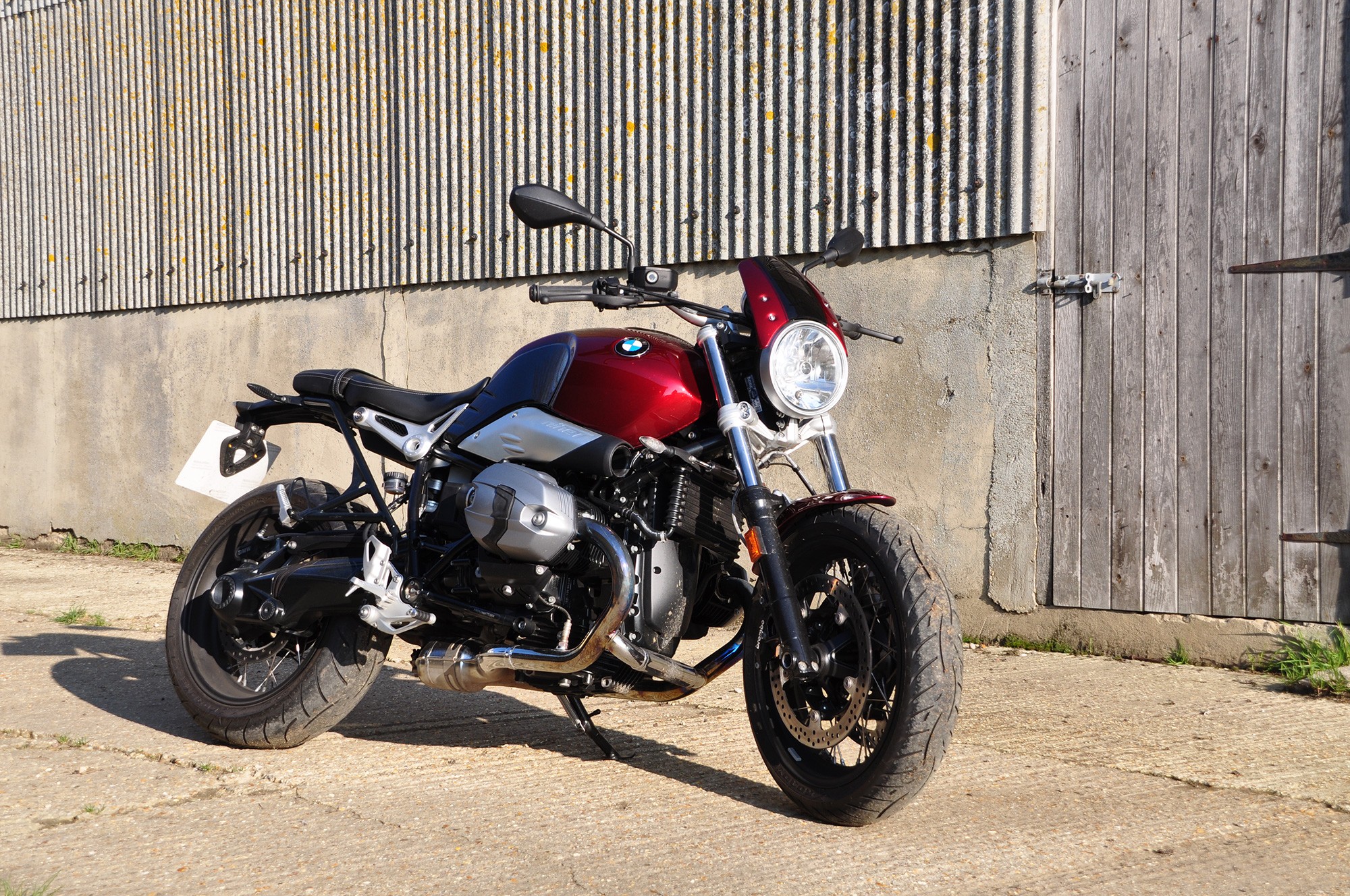